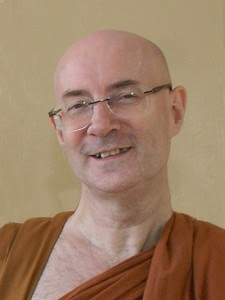 "In 2008 I started to look after an old Sri Lankan Temple in Taiping, Malaysia. As part of our Dharma propagation work I would show a film every Friday and hold a discussion on the issues it raised.

I left that Temple in 2010, but having just started the Dharma Records blog I wanted to continue sharing the documentaries I think are helpful for an understanding of Buddhism in its wider aspects, and the cultures it has influenced.

After more than three years of publications it seemed to me to be worthwhile to hive off the documentary side of the site into a dedicated website of its own.

The new Dharma Documentaries website presently has over 200 documentaries from three main areas:

1) all traditions of the Buddhist Teaching
2) the associated cultures, mainly in Asia
3) materials about other areas of concern, like ecology, human and animal rights

The collection presented is a personal choice, and the site is mainly for well-made documentaries and academic lectures. I will not include material just because it is on subject, if I judge the presentation to be poor.

Bearing this in mind if you have any suggestions for inclusion on the site please use the comments form below (or anywhere else on the site). As I have to review the material I normally post only one new documentary a week, usually on a Friday.

There is an accompanying Facebook Page where updates will be announced, and screenshot albums will be shared. If you use Facebook and you like the page they will come straight into your news feed.

I don’t upload any of the materials included on this site, and they are all embedded from youtube, vimeo and other video hosting websites, and I prefer to embed from educational channels, like museums, Dharma TV channels, and such like.

Anyone wanting to see material that has been posted here removed should contact the host sites, as once it is down from the host it is automatically down here also (and everywhere else too).

I have four websites besides this blog.

1) The first one I started was Ancient Buddhist Texts in 2002 as a way of publishing material from the broader early Buddhist Tradition in the original languages together with annotated translations. The website, which is still expanding, now includes texts, translations, and studies from both the early and medieval periods, in Pāḷi, Sanskrised Prākr̥t (BHS), and Classical Sanskrit. There are also resource materials, maps and a large collection of audio files, and most of the material is published in a range of formats: html, pdf, ebook, and where appropriate mp3.

2) In the year 2006 a supporter in Sri Lanka gave me a camera, and since then I have been taking photographs of the temples, pilgrimage centres and historical remains in Buddhist Asia. To accommodate this material in 2009 I started a dedicated website, Photo Dharma, to house the various collections. As of 2013 there are more than 7,000 photographs on the site all published in high-definition files, and having associated information in the various albums.

3) In 2012 I published the whole of the Sri Lankan edition of the Tipitaka in around 16,000 image files in a site which we hope will eventually house the commentaries and ancillary works also. The Sri Lankan Pali Texts site is rather specialist, and only intended for those who read the Pali language through Sinhala script.

4) Around the year 2004 at the suggestion of Jeanne Mynett I started another website to house the teachings of Godwin Samararatne, one of the best-loved lay meditation teachers in Sri Lanka in the 20th century. Godwin was my first Dhamma teacher and my first Buddhist meditation teacher, so he has proved to be one of the most influential people in my life.

As I am publishing materials in various formats and in different places in 2010 I started the Dharma Records blog which mainly acts as a center for notification of updates on the others sites, and as a place to share some other things with people.

I also have a youtube channel for various videos I have made, either recordings of Dhamma Talks, or films made from my photographs. There are also over a hundred playlists on the channel, many of which are embedded in this website."